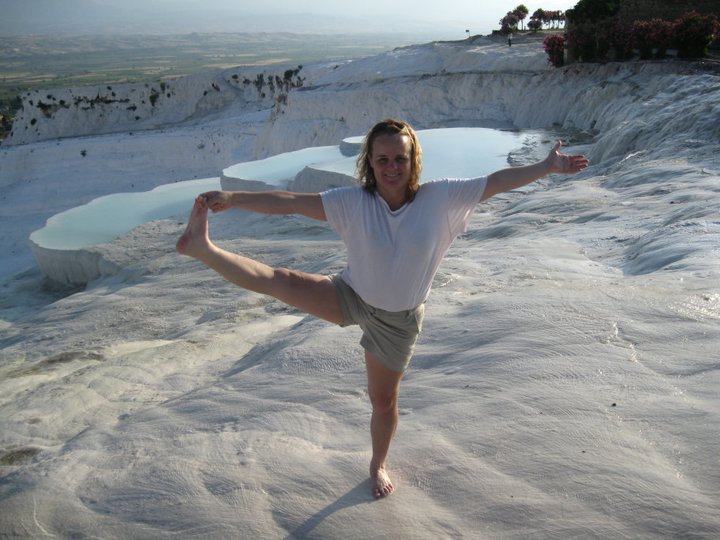 People often ask me what is Iyengar Yoga. Simply put, Iyengar yoga is the style of yoga that is taught by BKS Iyengar, his family, and those who study the method.  The national Iyengar web site offers this description of Iyengar and his method:

“Yogacharya (yoga master) Iyengar brought yoga to the west with his pioneering teaching in the 70s, the beginning of today’s explosive growth in yoga. His seminal manual Light on Yoga, called “the bible of yoga” and continuously in print since 1966, has been the source book for generations of yoga students. Mr. Iyengar’s most recent work is the bestselling Light on Life, which led to a world tour of standing-room-only appearances.

With his invention of yoga props — now ubiquitous in yoga studios of all styles — revolutionized the art. Blankets, belts and other devices allow students of all skill levels to work safely in the classical yoga asanas (postures). Mr. Iyengar also revolutionized the therapeutic applications of yoga, gaining recognition for yoga as treatment for serious medical conditions.”

Simply put, if you are doing yoga today, its likely that you owe a great deal to Mr. Iyengar, whether you know it or not. Much of the use of yoga for treating conditions like chronic back pain, stress, depression, and menstrual issues draws directly on his work. You can check out some of the current research on yoga for particular conditions here.

People often ask me why I practice Iyengar yoga and the answer is quite simple. I was deeply impressed by the model of life long learning that it offers.   I started yoga back in 1994 at the urging of my mother. She was visiting one Thanksgiving and suggested I give it a try. At that time, particularly in Waco, Texas, yoga was not on every street corner. But my mother saw a sign up for classes at a local mall. I took my first class the Saturday after Thanksgiving with Walter Reece. I loved it from the moment of my first Parsva Utthita Hasta Padangusthasana.   I didn’t do Iyengar yoga right away. Walter had a copy of Light on Yoga around his classroom, but he was more eclectic in his approach to yoga. I also practiced Power Yoga with a friend a couple times a week.  I even dabbled in the Bikram series, which is what my mother practiced. She gave me a book, a tape, and I had a space heater so I was ready to go!  In  1996, I took my first Iyengar class with Manouso Manos, right here in Austin Texas.  The first words out of his mouth were, “My name is Manouso Manos and my teacher is B.K.S. Iyengar.” That comment seared an impression of quality and commitment to learning in my mind. I was impressed with the straightforward dedication to his teacher and by Manouso’s ability to take the seat of the teacher with such authority.

As I continued learning the method and attending workshops with other senior teachers, over and over again, I encountered this dedication to studentship and the devotion to B.K.S Iyengar, his daughter Geeta, and son Prashant as teachers. Every senior teacher I met had an intensity of focus and clarity of instruction that I wanted to achieve for myself.  They conveyed the essential in a profound way.  They were also all adept at working with students on a variety of levels and able to adapt poses to people with particular conditions, like lower back pain, neck issues, knee and hip problems. You name it, Iyengar teachers are trained to deal with injuries. Mr. Iyengar says that one main purposes of yoga is:

“To cure what need not be endured, and to endure what cannot be cured.”

At that time, I wasn’t looking to be a yoga teacher, but I was impressed with the teachers I encountered. I had just become a philosophy teacher after years and years in school and I was looking for something that I could be a student of again. I appreciated how the yoga class was a learning environment. Yes, we did yoga in Iyengar Yoga workshops and the few classes I had the opportunity to attend, but it was clear the focus was on how to do the poses correctly and what that correct alignment gives your mind, breath, body, soul and spirit.

That’s one of the reasons I think Iyengar yoga is such a great fit for the yogis and athletes of the Castle. The Iyengar yoga classroom is more like a personal trainings session, with the emphasis on precision in action, learning how to be with your body in its optimal form. 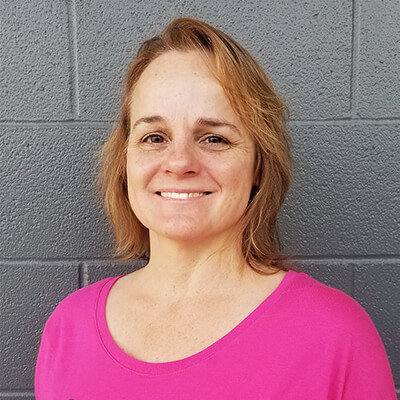 Anne Schultz is a Certified Iyengar Yoga Instructor. She has practiced yoga since 1994 and has taught yoga since 1997. She currently studies locally with Devon Dederich and Peggy Kelley in Austin. Anne-Marie regularly attends workshops and teacher training sessions with senior instructors in the Iyengar tradition. She studies most closely with Laurie Blakeney, Patricia Walden, Eddy Marks, Mary Obendorfer, and George Purvis. In 2007, she spent a month studying at the Iyengar Institute in Pune, India and plans to return in 2014.

Anne is also a professor of Philosophy at Baylor University in Waco.

I would like to try your Iyengar day class. I have done this type of yoga maybe 10 times with different instructors but mainly at Energies Balanced but it’s new location is a bit too far.