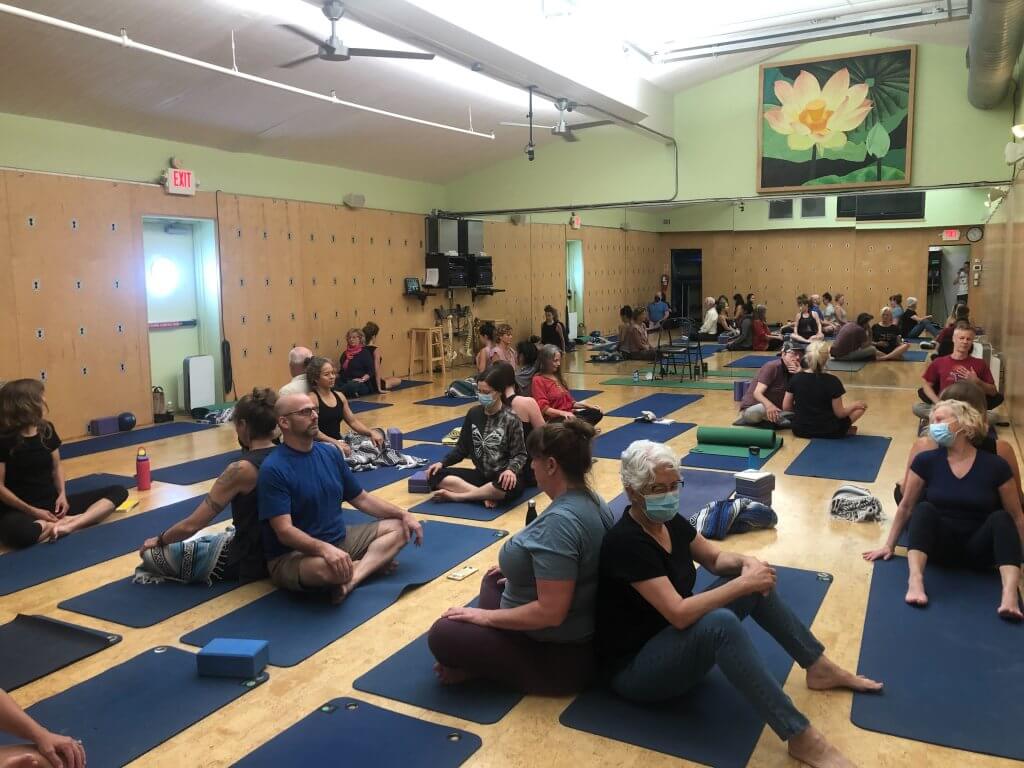 From October 29-30, preeminent international presenter and trainer in the Feldenkrais® Method, Larry Goldfarb, CSME, Ph.D., will host a weekend of workshops at Castle Hill Fitness. Over the course of two workshops, he’ll dive deeper into the form of sensory-motor learning and its wide variety of applications. So why can everyone benefit from engaging in this practice? We connected with Larry Goldfarb to learn more about the importance of Feldenkrais.

Feldenkrais (it rhymes with rice). It is a method of movement re-education, named after the man who developed it, Moshe Feldenkrais, with whom I studied. The Feldenkrais Method® is a way to teach movement. I work with people who have physical limitations, such as chronic pain or neurological problems, with people who want to improve their performance, like actors, musicians, or athletes, and with anyone who wants to better their breathing, balance, and coordination.

Is Feldenkrais Some Kind of Exercise? Or Posture Correction?

Well, it’s not that easy to answer, mostly because what I teach, and how I teach, is pretty different from exercise or posture. Both of these are based on similar assumptions: If you are weak, then you should exercise to strengthen your muscles. If, on the other hand, you think bad posture causes your problem, then you should correct it and stand up straight. Both assume that the body is something that must be molded, reshaped, and put in its proper place. It’s unusual for either approach to look at how you move and how that could relate to the problem you’re experiencing.

Where an exercise program is designed to increase the ability of muscles to work, exercise alone is not enough to improve performance. The problems that I deal with — chronic pain, neurological difficulties, performance problems, unhelpful habits, and more — do not have to do with how strong the person is. They all have to do with the way someone moves, especially with the unconscious aspects of coordination. I am interested in people moving smarter, not stronger.

So Movement Can Cause Problems?

Yes. The way you move can lead to problems. What’s more interesting is that you can be unaware that your movement is at the root of the problem. Where you think your problems are caused by not being strong enough, or an injury, it could, instead, be the result of how you’re moving.

Most of us don’t notice how we move. We pay attention to where we’re going or what we are doing, not to how we move. For example, think about how you stand up from sitting. How do you do it? What happens? What moves when? You think of standing up, and then, you’re standing. The process is, obviously, more complex than that. It’s just that happens automatically and without our conscious control.

Most of us don’t think about our bodies until we experience pain or run into some kind of problem. That means that we could have been moving in an inefficient or dangerous way for a long time by the time we notice something is wrong. This is one place where the saying ‘If it works, don’t fix it’ doesn’t apply.”

Why Don’t We Notice these Problems?

Because our movements become habitual, automatic. We repeat the same movements over and over, without thinking or noticing. When something happens repeatedly, it drops from our consciousness. This isn’t necessarily bad, it is a natural and necessary part of the learning process.

We move only as well as we’ve learned to move; for many of us, that learning process is pretty haphazard. Often the skills we learn emphasize outcomes over efficiency and sustainability. This means we’ve learned to move in inefficient ways. There are many things that influence movement: childhood development, accommodations to previous injuries, and the requirements of specialized activities we engage in (such as playing sports, using musical instruments, or repeating work motions).

Finally, since we don’t really understand how our bodies move, we often move in ways that don’t fit with the way we are put together. For example: People think that the body hinges at the waist and they move as if that were so. Unfortunately, the lower back does not allow for that kind of motion; the design of hip joints is what allows the torso to bend forward and back. The muscles of the back are not designed for that movement. Interestingly enough, this is a region where most people hurt their backs. Moving as if your back was made to hinge at the waist can lead to back strain and pain.

What are Your First Steps when You Start Working with Someone?

Say I’m starting work with a client with chronic pain. I would begin by looking at her move, asking her to turn right and left, bend forward, back and to each side. I would put my hands on her to feel which muscles were working, which muscles weren’t engaging, and which ones weren’t letting go. I ask the question, “How are the ways you are moving contribute to or cause the difficulty you’re experiencing?” I look for a habit or pattern that interferes with other movements and abilities.

A pattern that interferes with other movements is often one that people have gotten stuck doing, unconsciously. A leg injury can cause someone to change how they walk and start to limp. The limp may be appropriate immediately after an injury, but it can last much longer than the injury. If it continues longer than it’s needed, it can lead directly to pain, stiffness, and other problems. An injury isn’t necessary to develop this kind of movement. Playing a musical instrument or sports, repeating the same movements over and over again on the job, and so on can lead to similar habits.

This movement habit sticks, underlies every movement, and interferes with any activity that runs counter to it.

For instance, I was recently working with a bus driver who had recurring back pain. When I looked at her movement, it became quite clear that the muscles of the lower trunk were chronically contracted and that her back was locked stiff. Even when she tried to stretch, she could not get her lower back to let go. It was as if she had lost control of those muscles. She thought her back was supposed to be straight, so after her first bout of back pain, many years earlier, she taught herself to keep her back flat. When she moved her trunk, she overused the muscles of her upper back, so they had begun to hurt constantly. Though the doctor could find no disease, the bus driver still thought something was wrong with her spine. I could help her see that it was her movement that was causing the problem.

Though she saw the issue, she couldn’t immediately change what she was doing. Over the years, she had lost touch with what those muscles were doing. It was as if she was on automatic pilot and she had forgotten how to regain manual control. That’s where the Feldenkrais Method comes in.

There are two ways in which I work with people: in individual lessons and in group classes. Both ways of working are based on guiding people to become aware of how they are moving, how they can move, and to increase their options and comfort. During the group lessons, I talk students through a sequence of gentle movements; during the individual lessons, I use my hands to move the student, or guide them verbally via the Internet.

Feldenkrais is gentle and pain-free. The idea is that you will change most easily if the new movements are more comfortable than the old ones. I like to say that our motto is ‘No pain, MORE gain.’ ”

For the most part, it isn’t. The one similarity is that all of these are somatic approaches, but beyond that, the Feldenkrais Method is quite different. In massage, the practitioner is working directly with the muscles, in chiropractic, with the bones. Feldenkrais is neurophysical learning, which means it is about your inborn ability to regulate and coordinate your movement, about your brain’s ability to change.

What Does This Mean?

Let’s go back to the bus driver. Her muscles were tight because her nervous system told them to contract. They didn’t decide to tighten on their own, muscles don’t think for themselves. The brain tells them what to do. So my job is to help my student learn to control her or his muscles again.

Feldenkrais isn’t about curing or fixing people. It isn’t a medical treatment, it’s an educational approach. It’s about helping people get control back in their lives by understanding why they feel the way they do and by learning how to move differently so that they don’t have to keep feeling that way. Even when people have an organic problem or disease, I can often help them deal with how they respond to the problem. The question is how can the person move in a better way to increase their comfort, improve their coordination, and avoid or minimize future issues.

Now you know just how important this movement practice is for anyone and everyone. Join Larry for his weekend workshops at Castle Hill Fitness to learn Feldenkrais techniques to maximize your movement potential!

From Wednesday, October 26 to Saturday, October 30, between the hours of 9 am – 1pm, Larry will offer individual sessions at Castle Hill Fitness! Sessions will be 50 minutes long, for $227 (member discounts apply). To book your private session during one of these days, call us at (512) 478-4567.

This blog post was adapted with permission from Larry’s Goldfarb’s blog.